The similarities between Greece and pre-WWII Germany are striking 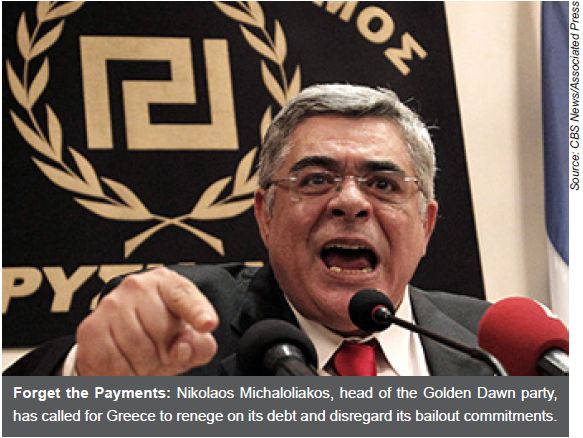 Now, before you write off this warning as a run-of-the-mill, Nazi-name-dropping scare tactic, consider this recent report from the Socionomics Institute, a U.S.-based think tank that studies global trends in social mood. Here’s an excerpt from the Institute’s February publication of The Socionomist.

“History doesn’t repeat itself, but it does rhyme,” goes an old saying attributed to American author Mark Twain. And new research from the Socionomics Institute sees a disturbing pattern of rhymes between modern-day Greece and pre-WWII Germany.

To be sure, market and political developments in Greece will have a significant impact on the future of Europe, the Americas and beyond.